THE AREA AROUND THE VILLA

Villa Omikron is located close to the historical village Rodia, built at a prominent position on the namesake mount, 18 km northwest of the city of Heraklion.  Built amphitheatrically, it is often called the “Balcony of Heraklion” as it offers breathtaking panoramic views of the Aegean sea,  the famous Dia’s Island, and the surrounding mountains.

Rodia features some important historical monuments, like the Venetian villa of the Kallergis family. The Kallergis family was of noble Byzantine origin and had this house built in the 16th century. Although you cannot visit the interior of the villa, which has been fitted with new doors and window frames, it’s rather interesting to see the adjacent church and other old buildings around it, including the ruins of an old “fabrica” (olive oil factory).

Alongside the venetian villa you will see the church of “Panagia tis Rodeas” (Chiera Rodea) and the ruins of an older chapel which is attached to it. Originally the church was founded in the Βyzantine times, and it was renovated later. Today you can see the new chapel, with a date of 1809 inscribed above the door, the remnants of the old chapel with the ecclesiastical arched doorway, and you may discover many other traces of the past.

Explore the picturesque village by walking around its narrow streets and squares where you can find all the basics during your stay, such as mini market, bakery, gas station, pharmacy,  lots of cafés ("kafeneion”, as the locals call them), as well as taverns!

Additionally, there are many family attractions that can be easily visited from the villa, such as a water park, the Cretaquarium, dinosaurs theme park (Dinosauria ) etc. The vicinity of the property to some important Cretan must-see attractions such as Knossos Palace, archeological museum in Heraklion and Spinalonga islet is also a significant asset making it an ideal holiday base. Other major facilities of the island are only a breath away from the villa, such as the Nikos Kazantzakis International Airport and the port of the city, as well as the exit to the highway that gives easy access to the centre of Heraklion and to the other cities in Crete such as Rethymno, Chania, Agios Nikolaos, Hersonissos, Malia, Elounda and others.

Furthermore if you are looking for privileges that only a big city can offer, then the city of Heraklion is 14 km away and offers unique facilities and a wide variety of entertainment. Staying in our villa offers you an opportunity of total relaxation in a quiet and secluded area with being in small distances to living areas at the same time. Due to the location, having a car is essential to reach the nearby beaches, villages and shops. 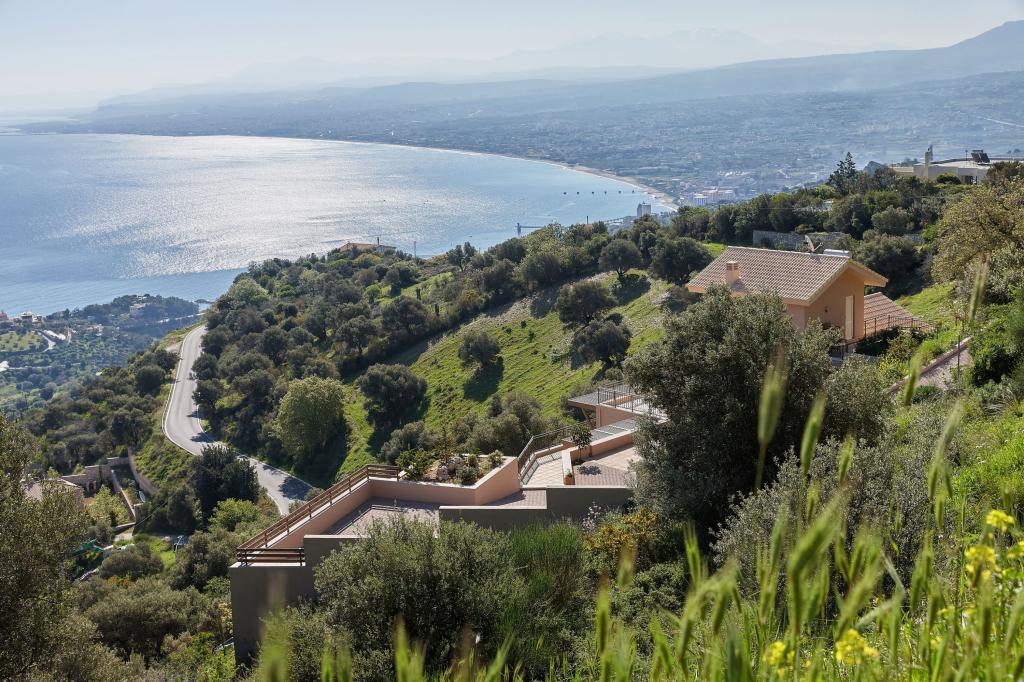 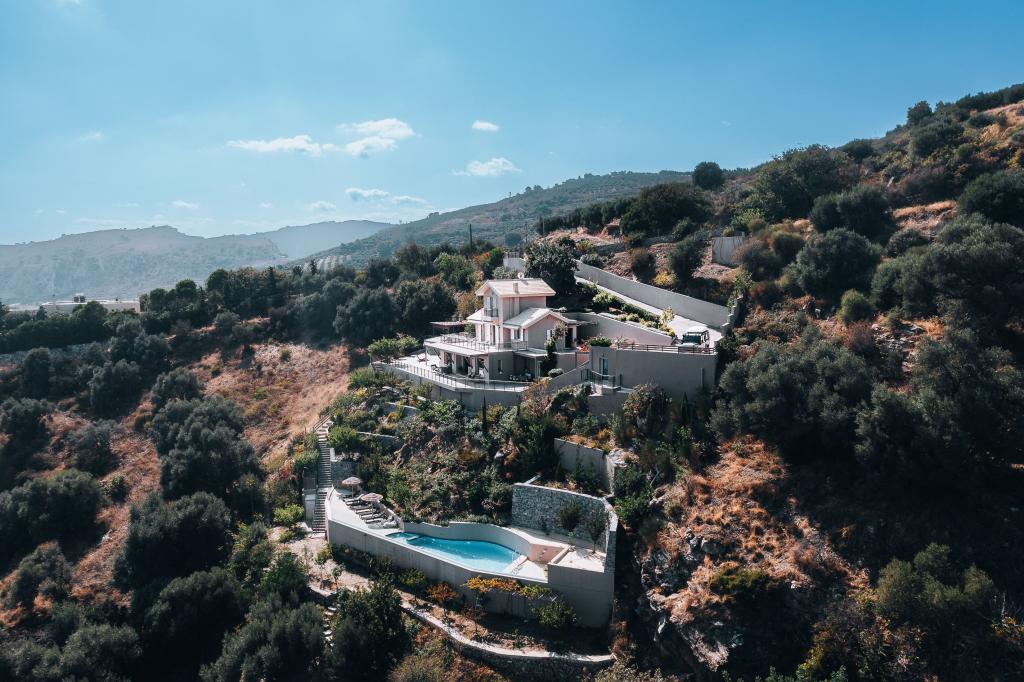